Most common SAT essay mistakes: How to refer to the author

When you're writing your SAT essay, you'll naturally need to make reference to the author or speaker throughout the essay. In my students' essays, I've seen many different ways of doing this, but there's really only one convention that we follow in college-level, formal writing in the US. 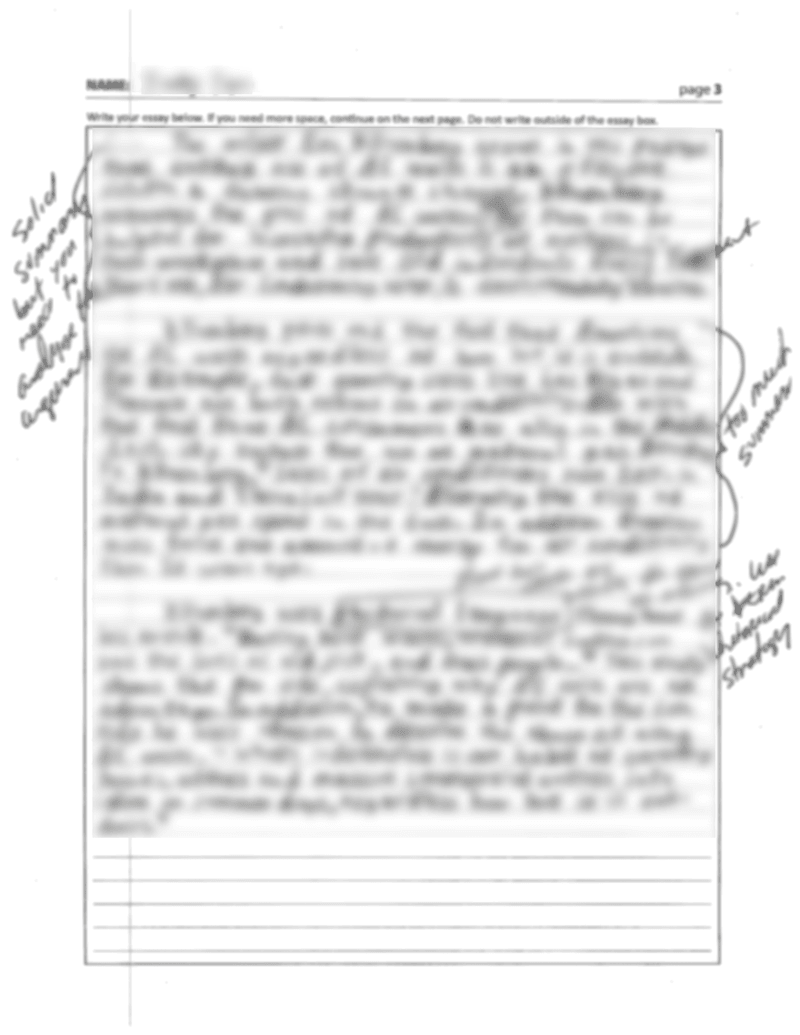 Rule: In general, use the author's or speaker's full name the first time you need to mention her or him. After that, use her or his last name.

(Side note: Ugh. I wish I had a gender-neutral pronoun other than their.)

First, let's look at an example. Imagine you're reading an essay written by Zadie Smith about public libraries. You'll need to refer to her throughout your writing. (Note: The instructions state that Smith is a female; you should be sure to refer to her appropriately when you write.)

I have read essays with several different methods of referring to Smith. The first, and best, is simply to say "Smith." For example, "In her essay, Smith argues that public libraries are important centers of culture." This is the correct way--using Smith's last name (also referred to as the surname or family name).

This is correct--here we use Smith's last name.

This is not standard. To my ears, when I hear this (or read it, as it were), I feel like the author is a friend of the writer.

This mistake isn't terribly common, but I do see it, so if you're using this format, you should know it's not considered standard for formal essays.

I also see this form from time to time--using the writer's full name. We generally don't do this in formal writing mostly because it's just too time-consuming to write out the full name.

What about authors with titles? Or Dr. Martin Luther King Jr.?

View of the Washington Monument from the Lincoln Memorial and over the "I Have a Dream" inscription (in Washington, D.C.)

I have read many effective essays that use titles, such as Dr. Nip, Professor Nguyen, and of course, Dr. King.

In an SAT essay, this is acceptable in my opinion, though MLA and APA formats omit titles for in-text citations.

Final note: Be consistent, do your best

Finally, the cardinal rule, as always, is to be consistent. If you go back and forth between using the author's first name and last name, you'll appear inconsistent. Inconsistency shows an undesirable lack of control that also reduces credibility. ("Why should I believe what you're writing if you're just spouting out random words?")

That said, SAT essay readers are hired from pools of teachers, and every single educator I've known has tried to find the good in students' writing; if it appears that you're doing your best (under SAT's timed conditions) to cite the author, I think most teachers would be inclined to give you the benefit of the doubt.